The most famous Mercedes-Benz Roadster of all time is the Mercedes-Benz 300SL Roadster. Its exterior closely resembles the Coupe. The sills, fenders, and windshield were redesigned, the grille widened, and the headlights were lowered. In addition, the roadster also featured an optional hardtop. The low sills were shaped to aid ingress.

The original version of the 300SL Roadster was launched at the Geneva Motor Show in 1957. Hoffman had approached Mercedes with the idea of turning the Coupe into a convertible, and they listened. More than 1,858 of the cars were produced, and the car's popularity was equal to that of the gullwinged coupe. However, the production of the roadster dwindled over the next few years, and the 300SL Roadster was discontinued after the 1963 model year.

The Mercedes 300SL Roadster from 1957 was first introduced to the public. It had a four-speed manual and a powerful M198 engine. It was built from 1953 to 1962 and was offered in cognac and red leather. It was one of only 1,858 SL Roadsters produced. The car has only six owners, but its condition is still excellent. It is still a rarity, but this classic is a classic of the automobile world. 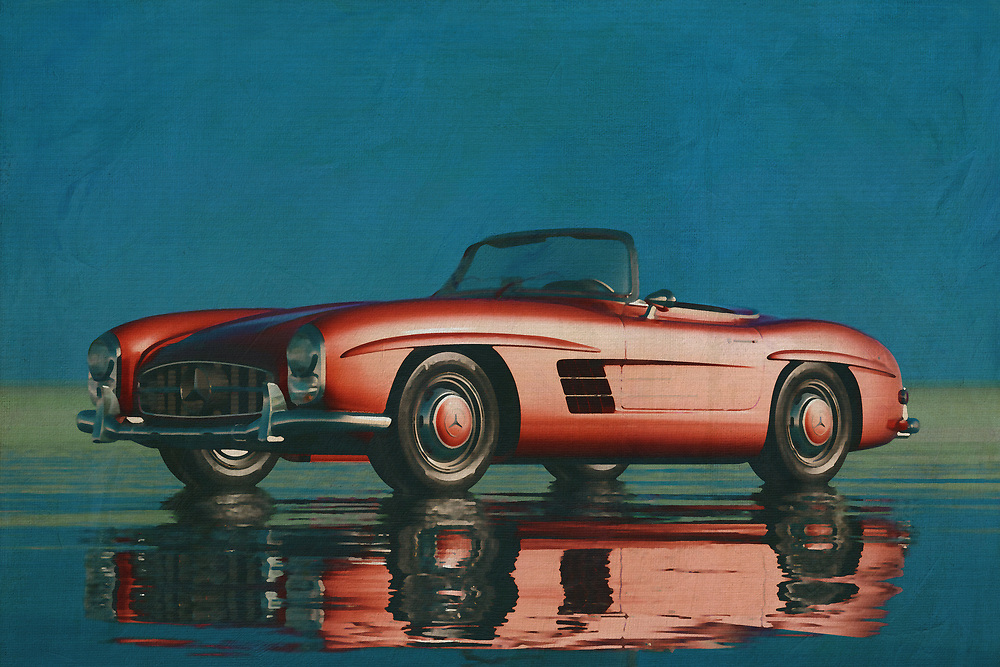