The Ferrari 599 GTB is a high-performance roadster and was introduced to the market in 2006. It was the most powerful road-going car at the time, with 611 horsepower. In fact, it is still the fastest production car of all time. The 6.0-liter V12 engine was Ferrari's most powerful ever, making it one of the fastest cars in its class. The car's suspension system has been redesigned to provide better handling, and it is equipped with six-speed manual transmission and carbon-fiber trim. It can reach speeds of 330 km/h.

The Ferrari 599 GTB's interior is adorned with top-grain leather and looks luxurious. When given the gas, the car transforms into a screaming, frothing grizzly. It can hit 62 mph in 3.7 seconds and can hit 124 mph in eleven seconds. Its front-end design was based on the GG50 concept car, which was unveiled by the Italian manufacturer in 2005. The hood was positioned low on the car, with two air intakes below the fender. The Ferrari 599 GTB's rear-end was inspired by the Rossa barchetta concept, which was unveiled in 2000.

The Ferrari 599 GTB's rear-wheel-drive system is more refined than that of the Enzo, which has a 150 millisecond shift time. In fact, the F1-SuperFast sequential manual 'box is more efficient than the Enzo's, at 100 milliseconds per gearshift. The H-pattern gearbox on the Ferrari 599 GTB is an improvement over the previous system and is faster than the old one. 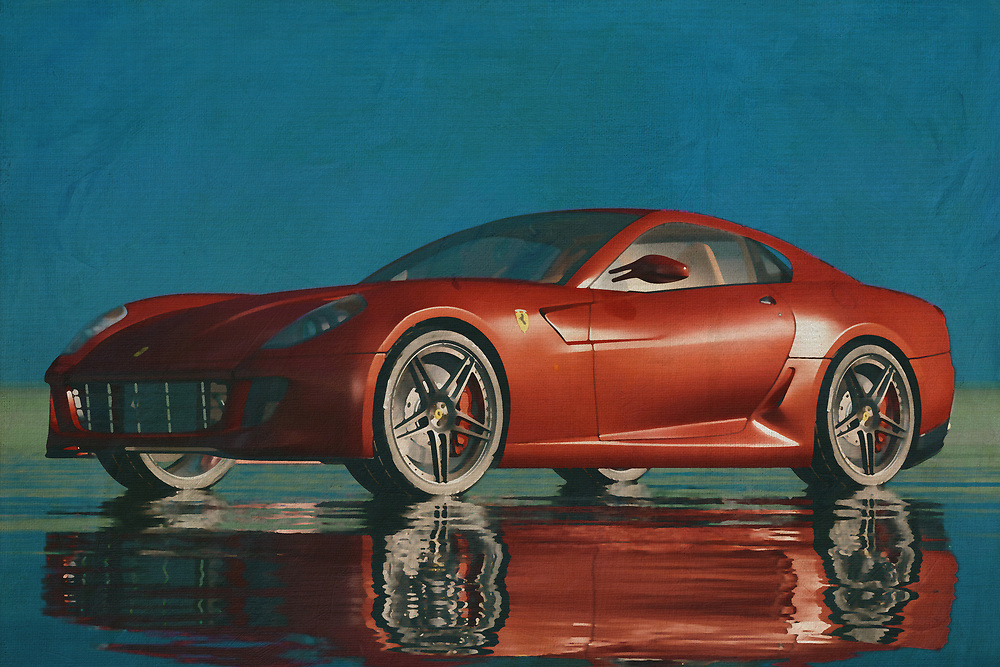