The background for the portrait of a Colored Man on a Diving Board is made from a photograph that he took of the clouds while they were relaxing at the beach. He combined several different hues of blue and green into the background to create the desired effect of aqua and darkness for the picture. This gave him the freedom to experiment with different color mixes and hues, which resulted in this very distinctive oil painting. 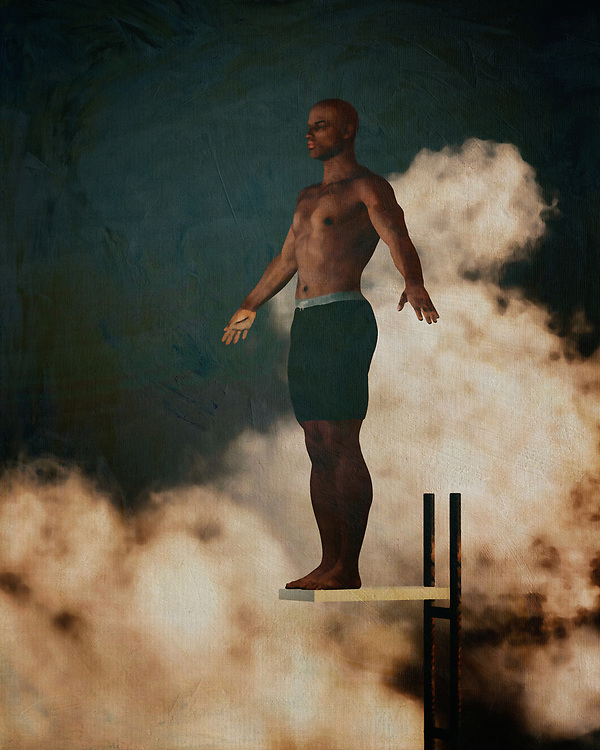