A Mercedes-Benz Silver Arrow from 1954 was one of the most highly prized cars of its time. Built to win two world titles, it was incredibly rare. In fact, a private bidder bought it for nearly 31 million dollars in the Goodwood Festival of Speed Sale. The car was driven by Stirling Moss, Hermann Lang, and Piero Taruffi. These legendary drivers and the Silver-Arrows' innovative designs won the drivers' hearts.

Its popularity led to a series of modifications, including headlights and a rear spoiler. It was also restyled to become a 24-hour road/track sports racer. Adding a direct injection system improved the handling, and the original monoposto driving position was replaced by the standard two-abreast seating arrangement. The W196 became one of the most successful sports cars in history, and it sold for more than 50 years.

The Silver Arrow featured inboard brakes on all four corners, a fuel-injected engine, a tubular spaceframe chassis, and Desmodromic valve actuation. All of these features combined with a lightweight magnesium-alloy body meant the 1954 model was more powerful than its rivals. Its streamlined body and sleek aerodynamics made it one of the most competitive sports cars of its time. 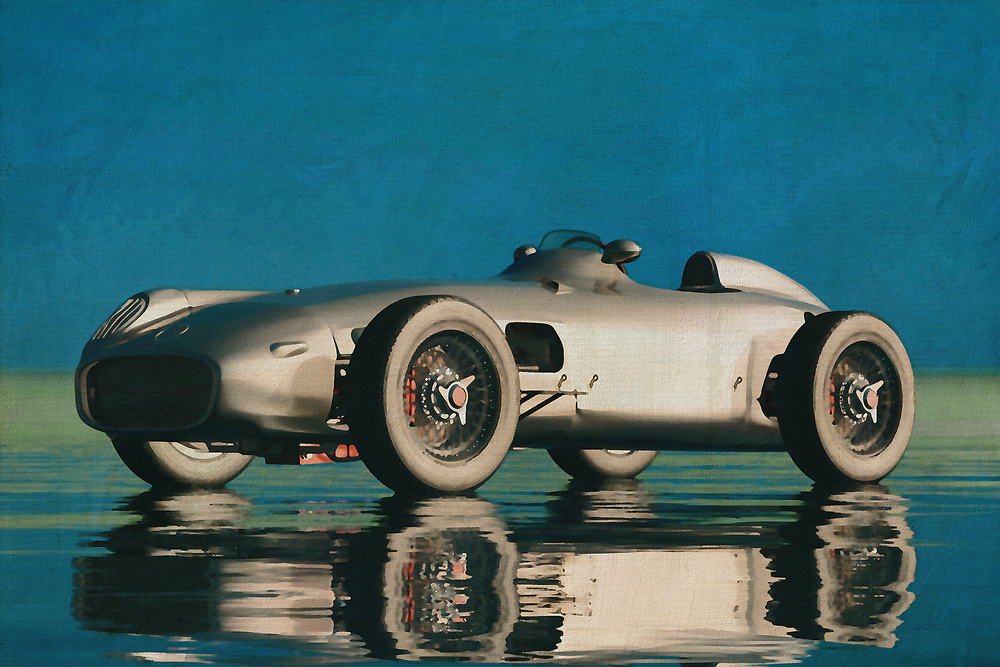