The Mercedes 300 SL was first introduced in 1964. These early cars were incredibly popular and the 300SL benefited from their gull-wing doors, which made them extremely agile and unique.
The name of the Mercedes 300 SL Gullwing came from the aerodynamically designed body and the space-frame chassis, and the car's engine capacity of three liters. The model was introduced to the public on February 6, 1964, at the New York International Automobile Show. Though it was an expensive car, the gullwing's unruly temperament, beguiling curves, and unrestrained temper made it a favorite of movie stars and celebrities alike. The production 300 SL Gullwing was the fastest car in its year of introduction and the name "SPORT LIGHT" derives from the German words for light and sporty. 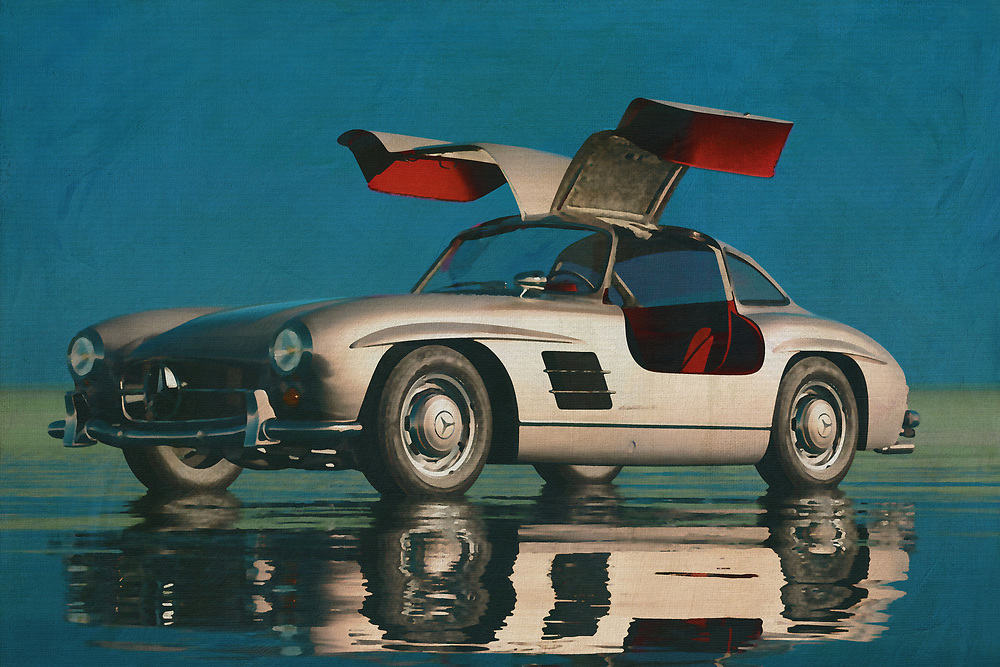